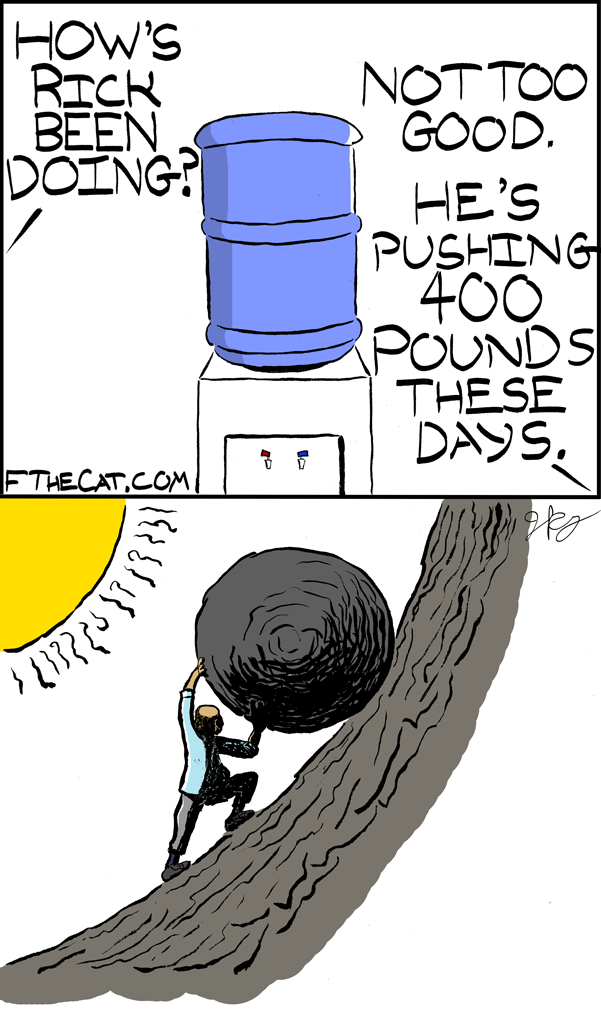 He’s Tired And He Smells Bad Too

Solid play on words, right? Pokes fun at the pointlessness of white collar work and office life in general as well. For people who don’t recognize the image, it’s a reference to the myth of Sisyphus. For people who don’t understand what “he’s pushing 400 pounds” would normally mean, it means “he weighs around 400 pounds.” Okay, I think that’s everything.

Update: Sorry, I’m not deliberately trying to be obscure. Better explain the water cooler too. In United States culture, the water cooler has become so strongly associated with workplace gossip that “talking around the water cooler” is now a common metaphor for sharing social information with co-workers in an office setting.

Sorry, I know it’s been a while. I’m almost done with another cartoon that will be longer and more significant.