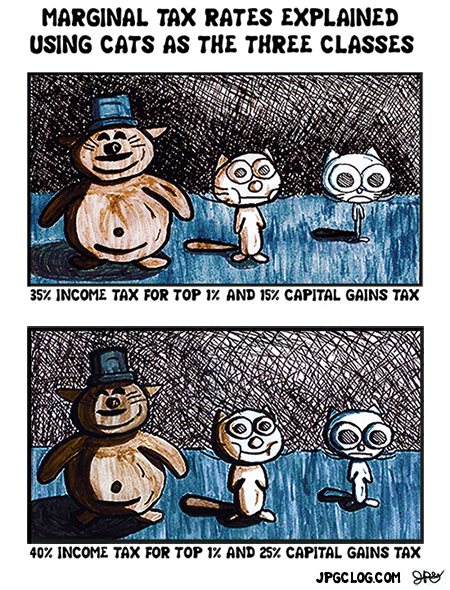 I actually made this cartoon before any of the others posted on this site, but only decided to post it later. So this is my first ever official comic strip.

The message of this cartoon is pretty subtle, arguably muddled, but maybe I want it that way! I think the point when I made this was just that if you tax rich people a modest amount more, they’ll still be pretty rich and happy, but redistributing that money to poor and middle class people will make a large difference for their quality of living, even though it won’t fix everything.

Plus look at how cute all those cats are! The poor one is so skinny in the first panel! And the middle one is so happy in the second! Aww.

It’s the first appearance of my character named Fat Cat Pig. You will see more of him later. Nothing is more fun than kittenizing the ruling class.